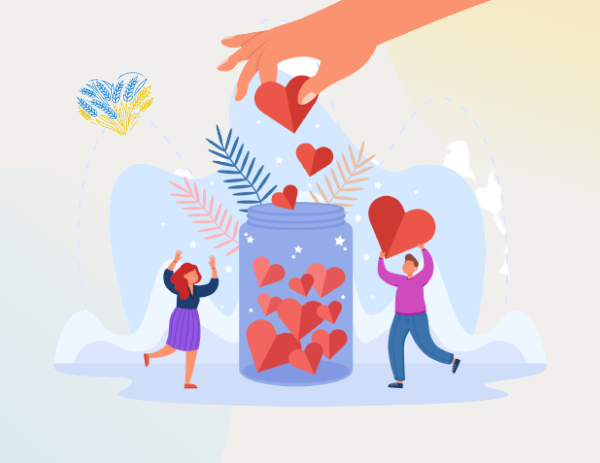 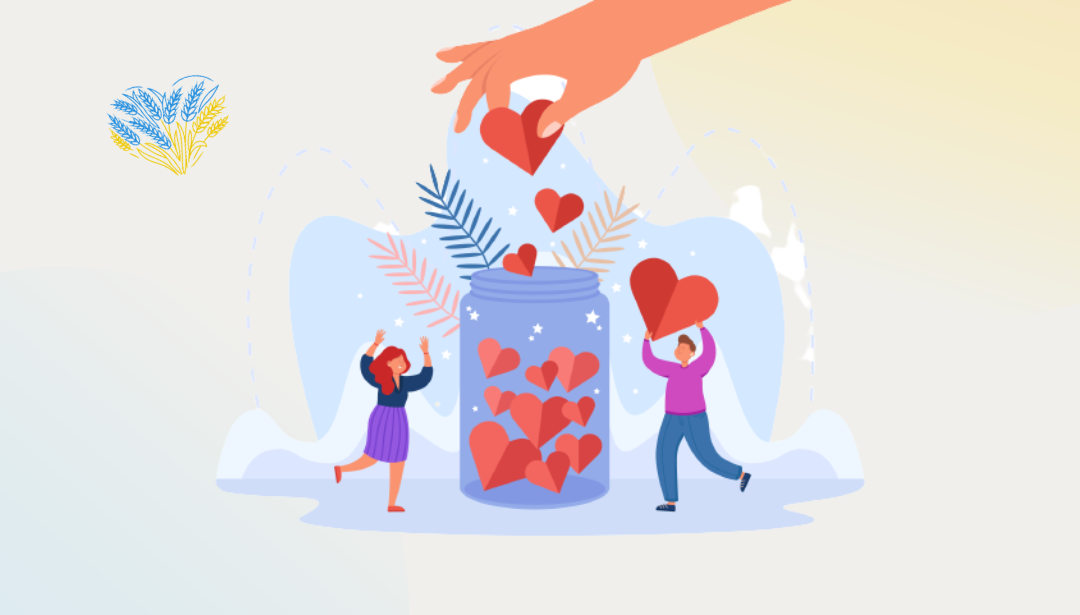 We Founded NowkoloUA To Support Ukraine

Every business and every enterprise has an impact, be that be on the economy, society, or personal lives of separate people. WarmDevs is a company that at its core moral principles defines a goal to have a positive impact and a significant influence on the quality of life for people in our society. We are Ukrainians, and we would love to see our people thrive and our country flourish. This is why it is vital to help Ukraine win this war – so we can create a bright future we envisioned for ourselves as soon as possible.

WarmDevs supports Ukraine and to do so we chose to co-found the NowkoloUA charity fund, donating 50% of our company’s net profit to the foundation's efforts. What is NowkoloUA? What does it do? Why did we choose to create this fund? All of this we discuss in this article.

Support the cause yourself!

Feel free to let us know if you have any ideas on potential projects for the charity fund, want to become a donor, or would like to have any other discussion about the fund actitivites. Get in contact.

NowkoloUA is a non-profit charity organization co-founded by WarmDevs company to focus on improving livelihood in Ukraine. It is a group of proactive volunteers that come together in their vision of better life for the Ukrainian people. For two years since the founding of the organization, NowkoloUA volunteers were organizing various charity events. But due to the war, we got together and took a step further: registered an official non-profit organization to continue the work with a more organized, structured, and concrete approach, and with even more vigor.

Why did we create Nowkolo UA?

The vision of the foundation is an ambitious one: improving the standard of living in Ukraine, and bringing it into the international top 10. Such a goal will serve as a guiding start for years to come and will help to make the right decisions.

In NowkoloUa we have a clear purpose of improving life through tangible actions, like organizing free events directed to educate professionally, grow emotionally, and develop culturally. We take active participation in improving the country’s economy, rebuilding crumbling buildings, and reconstructing infrastructure.

The principal capital there is human resources: specialists from different fields, from web developers to management and logistics professionals, experts in modern communications, etc. Achieving the goals of the organization will only be possible with the use of modern technologies, a wide range of expertise available, and a progressive mindset. We carefully choose projects to support and pour resources into, both human, intellectual, and material. One of the supporting goals of the foundation is Ukraine’s European integration.

Aside from main work, The NowkoloUA project also acts as a catalyst for partnership programs, helps informal volunteer movements, and provides guidance and support for promising initiatives.

Sectors NowkoloUA is focused on

The fund gathers costs and organizes shipments of medical and food supplies and clothing. We help with the distribution of those resources to internally displaced people, people living in the regions that were the most affected by the war, and soldiers in rehabilitation and on the frontlines of Ukrainian defense forces.

During the war, mental health is one of the sectors we focus on the most. We organize and help with counseling and group therapy sessions for refugees: kids, teens, and adults. The fund provides retreats for internally displaced people to help them recover, as well as organizes various creative workshops.

The organization focuses on rebuilding Ukraine’s infrastructure. Among the projects are the reconstruction of old buildings for current needs, and the creation of modern spaces for people with disabilities and learning impairments.

NowkoloUA provides support for formal education institutions, as much as for informal educational initiatives. Among those are modern education for children with learning impairments, mental and spiritual development, and guidance in choosing a professional path. Such initiatives will help with the intellectual, physical, and emotional aspects of personal growth on an individual level.

Improving the development of the country’s economy is an important part. We in NowkoloUA work on creating job positions to improve the situation of employment in the country, which has worsened since February 2022 significantly. This is achieved through social projects during the war, as well as through partner projects in the IT industry.

The fund does not use generated impact for the self-promotion of the fund members, nor would the company use gained influence in political campaigns, ratings, or similar types of social benefits. Nowkolo UA is a charity organization that focuses on the vision of rebuilding and further developing the country. We work towards this by contributing ourselves, as well as involving foreign donors to join efforts in supporting Ukraine through action.

Nowkolo UA uses gathered means and resources solely on investing in charitable projects with the focus on helping Ukraine win the war: investing in Ukraine’s progress and helping the Ukrainian people that suffered the repercussions of the russian armed invasion.

All fund members are highly aware of the socio-economical impact a business can have. This is why Nowkolo UA is an organization that avoids cooperation with harmful businesses, enterprises, and non-profits. Nowkolo UA does not collaborate with companies connected to tobacco, alcohol, drugs, meat, and the military industries.

The charity works on minimizing the level of operational costs. The organization focuses on supporting a high level of organization to establish the most direct and impactful way of contribution. Every hryvnya, dollar, euro – every contribution goes directly to support a good cause and help those in dire need.

Commitment to the vision

Each member, partner, donor, and beneficiary of NowkoloUA understands and accepts the fund’s commitment to its vision. All decision-making in the organization is made in correspondence to the vision first and foremost. It is the most important aspect NowkoloUA takes into consideration when running the organization’s operational activity.

NowkoloUA has a focus on a project that works toward the improvement of technology and the enhancement of the standards of living for the Ukrainian people. We choose to collaborate with projects that have similar values and goals. The NowkoloUA fund is not a venture organization, so the maturity of the movements the fund chooses to invest in is an important criterion.

In the period from February to October of the year 2022, our team has successfully completed a variety of projects they are rightfully proud of. Among those are events for children and teenagers, retreats focused on improving mental health, and creative workshops to help survivors cope with traumatic events and recover in safe spaces.

Of course, there is also material support: reconstructions of buildings to provide comfortable amenities to those recovering, providing food and medical supplements to regions that suffered the most, and providing specialized clothing to Ukrainian soldiers that are risking their lives to protect their homeland.

The co-founders of the fund are specialists from different fields, focused on bringing their joined knowledge and combined forces to make a positive impact. They are set on bringing tangible changes into the lives of people in the home country they are dedicated to – Ukraine.

Help us support Ukraine by contributing yourself! Every participation counts and as Ukrainians, we are deeply thankful to every person that is choosing to take action and participate in fighting the injustice. Support Ukraine to help us win the war and take care of our country, future, and people.

You can find payment details to make a donation on the NowkoloUa website. You can become a donor for a good cause by contacting the fund directly. Help us bring our victory closer.

What is the main focus of the NowkoloUA charity fund at the moment?

From February 2022 until the end of the war in Ukraine, the main focus of NowkoloUA remains first of all helping with war relief efforts. The fund provides humanitarian and psychological aid for internally displaced people, organizes and sponsors events of mental health therapy, retreats in rehabilitation centers, and provides food, medical and clothing supplies for those in need.

What are the achievements of the NowkoloUA fund?

Aside from organized charity events and ongoing reconstruction projects, in the period between February and October of 2022, NowkoloUA has successfully provided: Over 100 000 meals for those living in the regions of ongoing military actions and for internally displaced people in other cities (Kyiv, Kharkiv, Odesa, Lviv); Over 2500 first aid kits for those in need in the areas of ongoing military actions (Kyiv, Kharkiv); Over 300 000 hryvnias were spent on medical supplies, that were later provided for war survivors (Kyiv, Kharkiv).

What are the plans of NowkoloUA for after the end of the war?

The vision for NowkoloUA as an organization is to support Ukraine’s development to help grow the standard of living in the country up to the top 10 worldwide. This is an absolute goal, that influences all decision-making processes among originators of the fund. This will be implemented by supporting promising projects and movements in the country’s education, economics, reconstruction, and building sectors. After Ukraine wins the war, the main focus of the fund will shift to those areas. During the war, the fund, first of all, provides aid to refugees, survivors, and the Armed Forces of Ukraine.

The vision for NowkoloUA as an organization is to support Ukraine’s development to help grow the standard of living in the country up to the top 10 worldwide. This is an absolute goal, that influences all decision-making processes among originators of the fund. This will be implemented by supporting promising projects and movements in the country’s education, economics, reconstruction, and building sectors. After Ukraine wins the war, the main focus of the fund will shift to those areas. During the war, the fund, first of all, provides aid to refugees, survivors, and the Armed Forces of Ukraine.

Was this article helpful for you?
Please, rate it

Webflow or WordPress: What to Choose for Your Business Website?

Clutch Recognizes WarmDevs as a 2022 Top B2B Companies in Ukraine 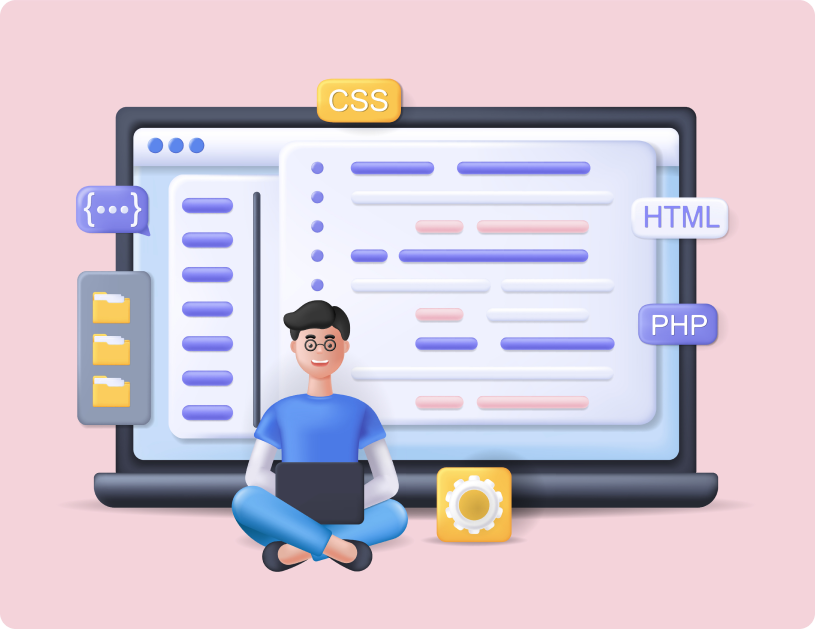 Discover the framework features used for the development, the benefits of using it 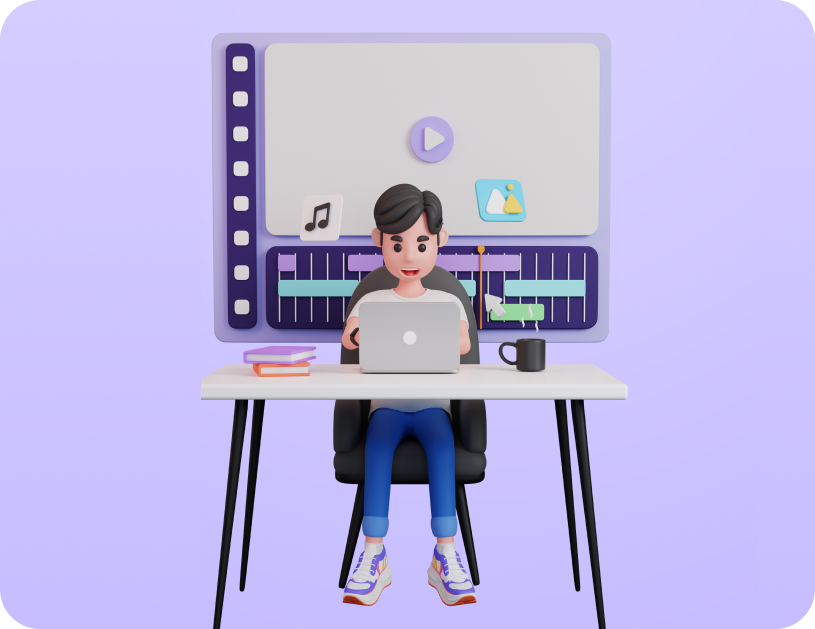 Stay up to date with the latest know-how
You're signed up!
We promise not to be boring
Oops! Something went wrong while submitting the form.

Thank you!
We will contact with you as soon as possible
Return to Main Page
Oops! Something went wrong while submitting the form.

Schedule a consultation with our representative to talk about development services with no obligations from your side. Take a part in a professional discussion that will provide you

A reply from our manager within 24 hours

Approved time of a meeting convenient to you

Get a free consultation